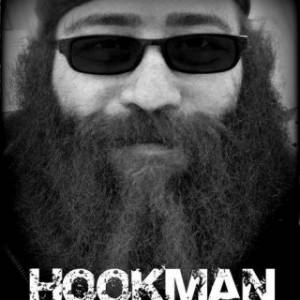 The Hookman band was formed on February 28, 2010, when front man Johnnie Lechner met drummer Mike Foster and they melded their creativity and ambition to create what would soon be a pretty successful band. Soon lead, keyboard, and bass guitarist joined the mesh and brought their own creative zest to the flourishing group. Without many opportunities for gigs in their home of Oakville, Saint Louis County, they decided to open a door themselves. They gained access to a property next to the Meramec River where they had their first annual gig fondly referred to as the Hookman Halloween Hellraiser; it features the Hookman band, The Rockers, the A-Town Mob, and other great additions that vary from year to year. The first year this was held it was mainly family and a wide variety of friends and relatives and each year it’s expanded welcoming more and more people into our bandom. Soon after that they acquired their first paying gig at Sidekicks bar in North Saint Louis and then moved on to another--even more successful--annual celebration, Laker Day.

The idea for Laker Day stems from front man Johnnie Lechner’s hometown Spanish Lake, Missouri, and how the band wanted to broaden their horizons and opportunities by expanding their audience so they decided with long time friend, Steve Diersen to do a yearly Laker reunion. Still by far the most successful of their gigs to date, Laker Day has brought bands, families, and friends together like nothing Spanish Lake had seen before. As a matter of fact, it even drew the attention of Hollywood director Phillip Andrew Morton and Paramount Studios producer, Matt Smith. The two impressed by the band's unique style, wanted the band to record an original song for their upcoming "Spanish Lake" film. Having recorded The song, "This is My Life" at one of St. Louis' premiere studios, Shock City Studios, with engineer Luke Arens and owned by Doug Firley of Gravity Kills. Their song went on to be mastered by Dave Wagg and was mixed into the film at Jim Hensen Studios.

We are a full production