Not Your Daddys Guitar Player 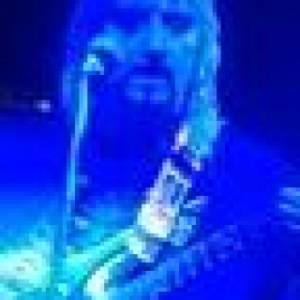 I'm a lifetime devotee of playing guitar, 'all things guitar' actually! I have been playing since I was 3, performing since I was 16, and I have no intention of quitting until I'm in a 'pine box' lol. And ideal situation for me would be guitar, bass, drums, and someone who sings better than myself, though I could play a few per night to give you a break. A front man who has a great voice and can handle a guitar or keys, etc., with a 3 piece nucleus is what I'm talking about! But the important thing for me would be what kind of people am I involved with: Drama, egotism, chemical and alcohol dependency, or just plain bitchiness and confrontational individuals need not answer this ad. We should be extended family, respecting the boundaries of each other, but not afraid or ashamed to call each other friends when we're amongst our other friends and family! I love acoustic music too-many of the 70's songs and Beatles, etc., are things I will perform on acoustic. The truth is, you don't need a whole band to play that kind of material when you're on acoustic. So maybe a duet is another way to go with me! I live in the Kelso-Longview of Washington, which is about 50 miles from Pdx. I Will Commute for the right opportunity to open up. Thanks for reading, Doad

(see above)-Influences? How do I list everyone that has influenced me and inspired me for the last 50+ years? I love hearing ZZTop, Van Halen, Ac/Dc, Gary Moore, Rory Gallagher, Clapton, Hendrix, Yardbirds, Beck, Page, Michael Schenker, some of the hair band's music was 'okay'...for other inspiration I have learned much about people like King (rip), Charlie Christian, Lightnin' Hopkins, Howlin' Wolf, Muddy Waters, Robert Johnson, Sonny Landreth, John McGloughlin, Al DiMeola, Ledbelly, Blind Lemon, Big Bill Broonzy, Tah Mahal, Coco Montoya, Tedeschi/Trucks band, Allman Brothers, and of course the great ones-Joe Satriani, Vinnie Moore, Eric Johnson, Tommy Emmanuel, Steve Vai, could go on forever with this list! Early on it was the Beatles, period. I used to have a daydream about the Beatles getting a flat tire outside my house, and then having to use our phone, but we all jammed and sang songs while they waited for their rescue. Paul and I were particularly chumming up ... lol. I also got into the Monkees, Doors, Seeds, Ray Davies and the Kinks, and the Rolling Stones. Then-it was Creme, Blind Faith, Hendrix, Otis Redding, the concert at Berkeley was one that I had on 8-track, as well as Grand Funk Railroad. When I got into highschool, what my friends liked was what I played, including but not limited to such bands as Kiss, Rush, Black Sabbath, Led Zeppelin, Aerosmith, Budgie, Yes, Genisis, and again the list goes on and on.

I've sold some stuff recently, but I still have 11 guitars, two rigs (amplifiers), and my smaller sound system consisting of Mackie Speakers with a 12-channel Yamaha Board. Sorry, no lights! I have my own transportation and will have no problem getting myself to where ever I need to go to do my 'duty'!